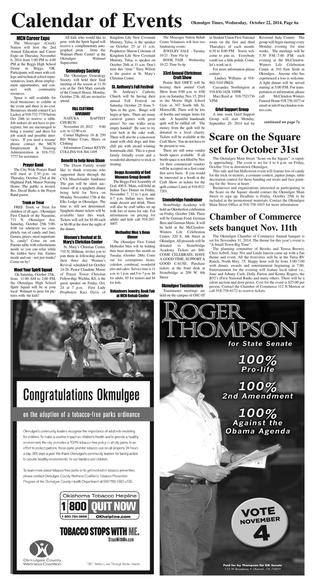 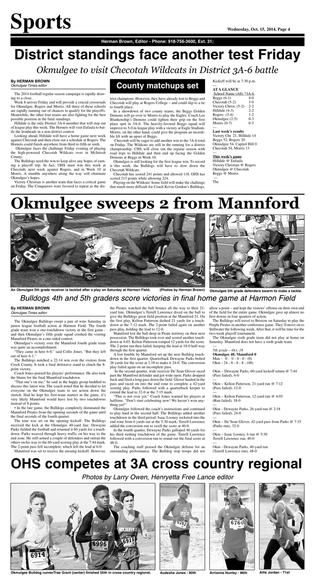 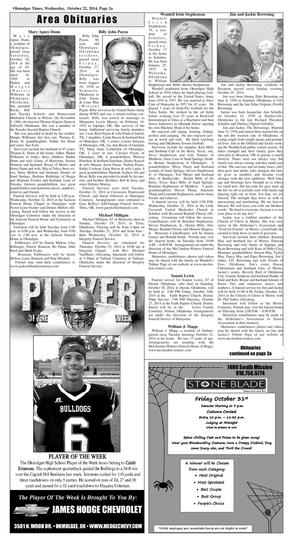 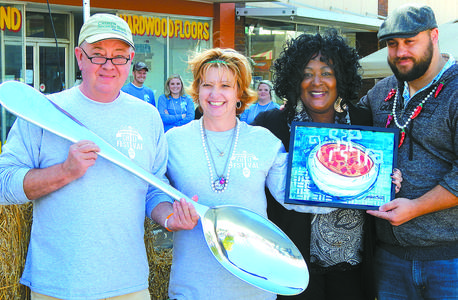 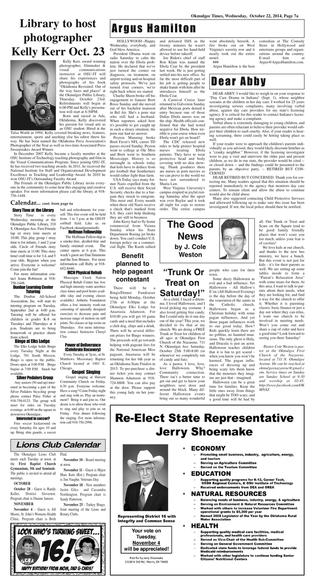 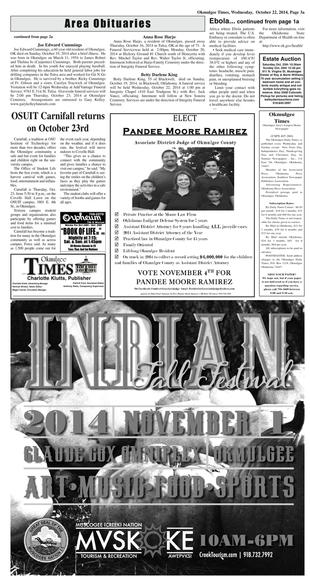 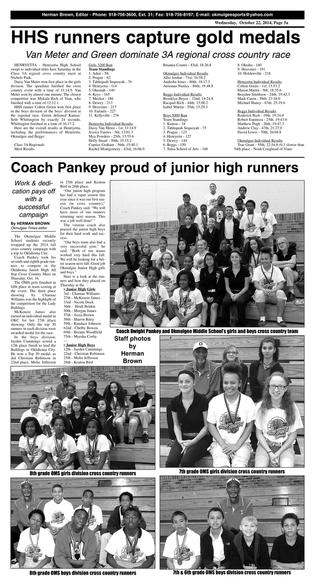 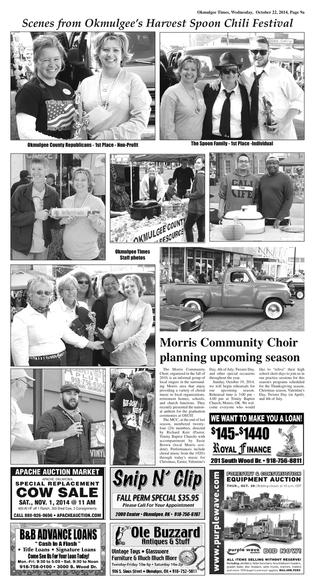 Mary Agnes Dunn
Mary Agnes Dunn, a resident of Okmulgee, passed away Saturday, October 18, 2014 at the age of 65. She was born April 16, 1949 to Haden and Margie (Harris) Wilbourn in Okmulgee, Oklahoma. She attended Rocky Hill and Nuyaka Schools and Honeycreek Methodist Church in Wilson. On November 9, 1966, she married Thomas Eugene Dunn in Stillwell, Oklahoma. She was a member of the Nuyaka Second Baptist Church.
She was preceded in death by her mother, Margie Wilbourn; her first son, Thomas E. Dunn, II; granddaughter, Teddie Joe Dunn and sister, Sue Ford.
Survivors include her husband of 47 years, Thomas E. Dunn of the home; father, Haden Wilbourn of Jenks; three children, Haden Dunn and wife, Ginny of Henryetta, Serena Drinnon and husband, Bryan of Morris and Dusty Dunn and wife, Mia of Tulsa; three sisters, Betty Melton and husband, Dennis of Sand Springs, Barbara Baldridge of Beggs and Sharlene Fischer and husband, Lynn of Nuyaka; thirteen grandchildren; two great grandchildren and numerous nieces, nephews, relatives and friends.
Funeral Services will be held at 2:00 p.m. Wednesday, October 22, 2014 at the Jackson Funeral Home Chapel in Okmulgee with Pastor Lynn Fischer and Dennis Melton officiating. Burial will follow the service at the Okmulgee Cemetery under the direction of the Jackson Funeral Home and Crematory in Okmulgee.
Visitation will be held Tuesday from 1:00 p.m. to 8:00 p.m. and Wednesday from 9:00 a.m. to 1:00 p.m. at the Jackson Funeral Home in Okmulgee.
Pallbearers will be Dustin Melton, Clay Ballenger, Patrick Branson, Bo Dunn, John Reed and Mark Evans.
Honorary Pallbearers will be Justin Melton, Larry Branson and Stan Mitchell.
Friends may send their condolences to www.jacksonfhandcrematory.com

Wendell Irish Stephenson
Wendell Irish Stephenson, 79, a resident of Schulter, passed away Friday, October 17 at his home in Schulter.  He was born January 25, 1935 in Weleetka, Oklahoma to William Stephenson and  Billie (Keen) Stephenson.
Wendell graduated from Okmulgee High School in 1954 where he liked playing football. He served in the United States Army from 1954 to 1957. He was married to Alice Cain of Henryetta in 1957 for 42 years.  He played 3 years of Semi-Pro football for the Tulsa Saints. He worked in the oil fields before working over 25 years at Rockwell International in Tulsa as a Machinist and then Sertco Industries in Okemah before opening his own Machine Shop at his home.
He enjoyed calf roping, hunting, fishing, archery and camping.  He also enjoyed carving in wood and rock.  He liked watching boxing and Oklahoma Sooner football.
Survivors include his daugher, Kim Mills and husband Carl of De Berry, Texas; son, Steve Stephenson and wife Tammy of Muldrow; Alice Cain of Sand Springs; brother, Bennie Stephenson of Okmulgee;  6 grandchildren, Misty Tharp and husband Lyndon of Sand Springs; Steven Stephenson Jr. of Okmugee; Tori Meijer and husband Alex of Bartlesville;  Dustin Mills of De Berry, Texas; Kaci Mills of Sand Springs; Brandon Stephenson of Muldrow.  3 great-granddaughters Masyn Tharp, Amykate Tharp and Leannah Stephenson, and his many friends and relatives.
A funeral service will be held 2:00 P.M. Wednesday, October 22, 2014 at the Little Cussetah United Methodist Church in Schulter with Reverend Randall Christy officiating.  Cremation will follow the service.  Casketbearers will be Brandon Stephenson, Steven Stephenson, Jr., Dustin Mills, Alex Meijer, Randall Christy and Monroe Burgess, Jr.  Honorary Casketbearers will be Jimmy Gainor and Ronald Smith.  Friends may visit the funeral home on Tuesday from 10:00 A.M. – 8:00 P.M.  Arrangements are under the direction of the McClendon-Winters Funeral Home of Okmulgee.
Memories, condolences, photos and videos may be shared with the family on Wendell’s Tribute Page of our website at www.mcclendon-winters.com

Sonnie Lewis
Funeral service for Sonnie Lewis, 87 of Dustin, Oklahoma, who died on Saturday, October 18, 2014, in Dustin, Oklahoma, will be held at  2:00 PM Friday, October 24th, 2014 at the   Faith Baptist Church, Dustin. Wake Service: 7:00 PM Thursday, October 23, 2014 at the Faith Baptist Church, Dustin. Burial will be in the    Lewis Family Cemetery, Vernon, Oklahoma. Arrangements are under the direction of the Integrity Funeral Service of Henryetta.

William J. Mapp
William J. Mapp, a resident of Guthrie, passed away Tuesday morning, October 21, 2014 at his home.  He was 73 years of age.  Arrangements are pending with the McClendon-Winters Funeral Home of Beggs.   www.mcclendon-winters.com

Jim and Jackie Browning
Jim and Jackie Browning, residents of Boynton, passed away Sunday evening, October 19, 2014.
Jim was born Jimmy Dale Browning on June 6, 1950 in Sentinel, Oklahoma to J.D.  Browning and the late Edna Virginia (North) Browning.
Jackie was born Jacqueline Ann Schaffer on October 25, 1950 in Bartlesville, Oklahoma to the late Richard Theodore Schaffer and Thelma (Tipton) Schaffer.
Jim and Jackie, The Brownings. Married June 12, 1970 and started their married life on the red dirt western side of Oklahoma. A young couple from simple means and grounded lives. Jim in the Oilfield and Jackie working the Weatherford public school system. As times changed and their family grew they relocated to Boynton, OK to pursue a ranch lifestyle. Times were not always easy but family was always strong, and they made sure of that. The sun rose and set many times, children grew into adults, jobs changed, the family grew in numbers and became even stronger with the new additions. Well time, age and blessings have brought us to where we stand now. Jim has rode his grey mare in the life we all so joyfully seek with Jackie tap dancing right out in front. For that, we are blessed. The strength they leave us with is unwavering and unrelenting. We are forever blessed. We will leave you with our Mothers words: "Be kind to everyone, because it is not your place to be any less."
Jackie was a faithful member of the Church of Christ in Morris. She was very active in the Alzheimer’s Association and “Food for Friends” in Morris, a food bank she created to help those in need of groceries.
Survivors include their children, Karmen May and husband Joe of Morris, Darrean Browning and wife Jamie of Sapulpa and Ryan Browning and wife Kara of Miles City, Montana, grandchildren, Stetson May, Taylor May, Darcy May and Piper Browning, Jim’s father, J.D. Browning and wife Freeda of Foss, Oklahoma, Jim’s sister, Dayna Christensen and husband Gary of Moore, Jackie’s sisters, Beverly Bird of Oklahoma City, Jeanine Simpson and husband Buddy of Enid and Kim Boone and husband Jimmie of Burns Flat and numerous nieces and nephews. A funeral service for Jim and Jackie will be held 11:00 A.M. Friday, October 24, 2014 at the Church of Christ in Morris with Dr. Phil Sallee officiating.
Interment will follow in the Morris Cemetery. Friends may visit the funeral home on Thursday from 2:00 P.M. – 8:00 P.M.
Memorial contributions may be made to the Alzheimer’s Association or Ataxia Association in their memory.
Memories, condolences, photos and videos may be shared with the family on Jim and Jackie’s Tribute Page of our website at www.mcclendon-winters.com

Joe Edward Cummings
Joe Edward Cummings, a 60 year old resident of Okmulgee, OK died on Sunday, October 19, 2014 after a brief illness.  He was born in Okmulgee on March 11, 1954 to James Robert and Thelma Jo (Carpenter) Cummings.  Both parents preceded him in death.  In his youth Joe enjoyed playing baseball.  After completing his education he held general labor jobs for drilling companies in the Tulsa area and worked for Git N Go in Okmulgee.  He is survived by a brother, Ricky Cummings of Ft. Gibson and a sister, Carolyn Traywick of Okmulgee.  Visitation will be 12-6pm Wednesday at Add'Vantage Funeral Service, 9761 E 31st St, Tulsa.  Graveside funeral services will be 2:00 pm Thursday, October 23, 2014 at Okmulgee Cemetery.  Arrangements are entrusted to Gary Kelley. www.garykelleyfunerals.com

Anna Rose Harjo
Anna Rose Harjo, a resident of Okmulgee, passed away Thursday, October 16, 2014 in Tulsa, OK at the age of 71.  A Funeral Service was held at  2:00pm, Monday, October 20, 2014 at Hickory Ground #1 Church south of Henryetta with Rev. Mitchel Taylor and Rev. Walter Taylor Jr, officiating. Interment followed at Harjo Family Cemetery under the direction of Integrity Funeral Service.