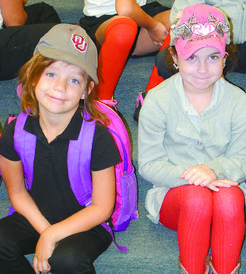 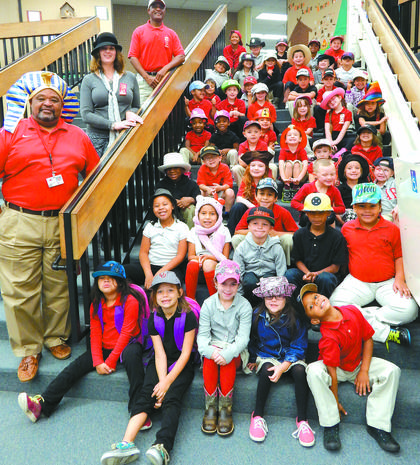 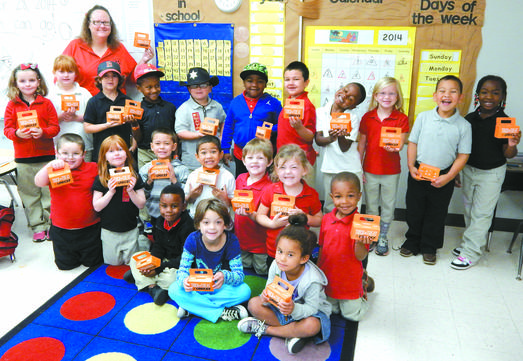 Commissioners Meeting on October 31st
The Muscogee (Creek) Nation Tribal Transportation Program and TTP subsidiaries will play host to county commissioners from within the MCN jurisdiction Friday, Oct. 31, 2014 during the program’s annual meeting and appreciation luncheon.
The event will be held 10 a.m., Friday, Oct. 31, 2014 at the Mvskoke Dome building on the Claude A. Cox Ominplex, 2950 Warrior Road, Okmulgee, OK (behind the MCN Travel Plaza).
The annual county commissioners meeting is a way to prioritize and assess road and transportation projects for the next five years. One of the current projects is the Okemah, Okla., pedestrian bridge on Highway 27, a $75,000 joint project between MCN, Okfuskee County, City of Okemah and Oklahoma Department of Transportation.
MCN TTP Manager, Charley LaSarge said this is a great partnership that MCN wants to nurture for years to come.
“This is just a little something that we want to do to say ‘thank you’ to all of those we work with and that we look forward to a long lasting relationship,” LaSarge said.
The luncheon will include three ‘Top Appreciation’ awards to recipients that have gone above and beyond.
“What we are experiencing here (MCN) is that people are jumping at the chance to work with us and are doing what they can to secure those relationships,” LaSarge said. “These are the ones that stick out to us.”
Since 2012, TTF has funneled more than $18 million in federal funds into public and private transportation and roads.
“This is not just a tribal service that helps our citizens; this is reaching out to everyone in Creek Country,” said LaSarge.
More than 100 county commissioners and guests, within the MCN boundaries, including Tulsa County representatives and tribal dignitaries are expected to attend the luncheon. MCN Principal Chief George Tiger will also be in attendance.

for general, special elections
Early In-Person for the upcoming General Election and Special Elections will begin this Thursday.
Voting dates  are Thursday, October 30th and October 31st, from 8:00am to 6:00pm.  Additionally, voters will have Saturday, November 1, 2014, between 9:00am to 2:00pm to vote early.
All Early In-Person voting will take place in the Election Board Office at the Okmulgee County Courthouse
Registered voters in Okmulgee County have until October 29th to apply for absentee ballots for the General and Special Elections to be held on November 4, 2014.  One of four General Election ballots will be available to all registered voters in the County.
General Election ballots across the county differ based on which State Representative and County Commissioner district a voter is registered.  State House District 16 covers roughly the eastern half of the county.  County Commissioner District 1 covers roughly the northern third of the county.  The way in which these 2 districts are drawn, creates 4 different ballot styles for Okmulgee County voters.
Ballots for the City of Okmulgee and Wes Watkins Tech Center will also be available for voters registered in those districts.
Voters may apply in person at the County Election Board office or send in their Absentee Applications by mail, fax or email.  The Application can be downloaded from the State Election Board web site or picked up in our office.
Completed Absentee Applications must be in the hands of the County Election Board no later than 4:30pm, Wednesday, October 29, 2014, in order for them to be processed and ballots mailed out to voters that day. Voted ballots must be returned by mail, UPS or FedEx not later than Election Day to be counted. We encourage those voters who need to vote by mail to apply as soon as possible.
. Sample ballots for the November election are available in the Election Board office now.
The State Election Board has a new tool at their web site which allows voters to verify their party affiliation, locate their polling location, track their absentee ballot, find early voting hours and contact information, as well as view a sample of their General Election ballot. Sample ballots for special elections, such as those for the City of Okmulgee and Wes Watkins Tech Center, are only available at the County Election Board office. The link for the State’s website is www.ok.gov/elections.
Voters who have questions may come by the office in the Okmulgee County Courthouse, 314 W 7th or contact us by phone at 918-756-2365, by fax at 918-758-1275 or by email at okmulgee_elections@yahoo.com.

OPS ‘SOCK IT’ TO DRUGS DURING RED RIBBON WEEK
Okmulgee Primary School students and staff got into the spirit of Red Ribbon Week by donning head and footwear for “Put A Cap On Drugs and Red Sock Day” Tuesday. Students were urged to ‘sock it’ to drugs. Principals Phillip Ware, Ginger James and Counselor Earnest Guidry joined the students in wearing hats. Pictured at left are students Madison Cossey and Andi Snyder.
(Staff photos by Patrick Ford)

OPS STUDENTS TRICK OR TREATING FOR A GOOD CAUSE
Mrs. Richison’s Kindergarten Class at Okmulgee Primary School is getting ready for Trick or Treating by helping a worthy cause - UNICEF. The students will be carrying an orange box as they go trick or treating so please make any donation you wish to help children all over the world.
(Staff photo by Patrick Ford)

Asa Jon Leybas
Asa Jon Leybas, a resident of Okmulgee, passed away Saturday, October 25, 2014 at the age of 25. He was born April 9, 1989 to Johnny Lee Leybas and Nakina Lahoma (Taryole) Leybas in Okmulgee, Oklahoma. He attended Okmulgee Schools and was a member of the Eram Baptist Church in Eram, Oklahoma. He attended the Second Baptist Church in Okmulgee and was a Royal Ambassador for 6 years at the church. Asa enjoyed skateboarding and riding his bike when he was younger and he loved working with his father but most of all he loved spending time with his children.
He was preceded in death by his grandparents, Bennie and Lillian Leybas.
Survivors include his parents, Reverend Johnny and Kina Leybas; wife, Meghan Leybas; two children, Asaiah Jon Leybas and Miyana Kay Leybas; brother, Erick Postoak; grandmother, Alice Freeman; nephews, River, Johnathan and Julius Postoak; niece, Mia M. Postoak and numerous aunts, uncles, cousins and other relatives and friends.
Visitation will be held Wednesday, October 29, 2014 from 12:00 p.m. to 8:00 p.m. and the Wake Service will be held that evening at 6:00 p.m., both at the Jackson Funeral Home Chapel in Okmulgee.
Funeral Services will be held at 1:00 p.m. Thursday, October 30, 2014 at the Second Baptist Church in Okmulgee with Reverend DuWayne Colvin officiating. Burial will follow the service at the Arbeka Indian Baptist Cemetery under the direction of the Jackson Funeral Home and Crematory in Okmulgee.
Pallbearers will be Ayo Factor, Levon Factor, Joshua Burnside, Richard McKay, Franklin Barnett, Jr., Eli Leybas, Kenny Ray Leybas and Patrick Johnson.
Honorary Pallbearers will be Barney Ingram, Waddie Leybas, Mike Leybas, Daniel Leybas, Daniel Kaler, Ronnie Burnside, Samuel Roberts and Ivan Bear.
Friends may send their condolences to www.jacksonfhandcrematory.com

Calvin Fletcher
Calvin Fletcher, 67, sanitation department for the city, a resident of Okmulgee, OK; passed away  Sunday, October 26, 2014 in Muscogee Creek nation Medical Center.
A service of Memory will be conducted, Saturday, November 1, 2014, 11:00 a.m., First Baptist Church Central, 521 N. Central Street.  Interment will follow in Nuyaka Cemetery.
Visitation will be Friday, 1:00 p.m. until 6:00 p.m.
The family has been cared for by House of Winn Funeral Home.
On line condolence and registry may be expressed at www.houseofwinn.com

Tolen E. Parker
Tolen E. Parker, 96, of Okmulgee, died on Tuesday, October 28, 2014 at his home in Okmulgee. Tolen was a 35-year employee of the Ball Glass Company and was a veterans of the US Navy during World War II. Services are pending with Add’Vantage Funeral Service in Tulsa.

The Okmulgee High School Leadership Class will be working over the next few weeks to help re-supply the food pantry at The Salvation Army store in Okmulgee.
Leadership Class teacher Gene Walters said his students have a question for the good-hearted people of the community:
“Can you (Still) Help Us,” they want to know.
“The word can is a play on the words,” said Walters. “We are having a canned food drive to support The Salvation Army. We hope the people in Okmulgee will donate cans of food to our drive.”
There will be two phases of the canned food drive. The first phase begins on Friday evening at the Okmulgee vs Rogers football game. This initial effort is targeted for the Thanksgiving holiday.
“We will have boxes at the entrance gates,” the Leadership Class teacher said. “We invite people to bring canned food to the game and help us kick off the drive. We will be collecting canned food until Nov. 19. We’ll take it to The Salvation Army to help with Thanksgiving.”
Phase 2 will be for the Christmas holiday. It will work the same way - with the food going to help those in need prior to December 25.
The collection boxes are planned for the annual Christmas concert and also at basketball games prior to the Christmas break.
If you have any questions on the canned food drive, please call Gene Walters at the high school at 918-758-2075-3147.
With luck and good will, the ‘Can You (Still) Help Us’ food drive will fill up the pantry - and allow some local families a chance to enjoy a nice meal at Thanksgiving and again on Christmas.

Crash claims life of local woman
A crash on Friday, killed an Okmulgee woman and sent a seven-month-old child to the hospital.
According to the Oklahoma Highway Patrol, the accident happened north of Beggs, on Alternate 75 near 221st Street at 2:35 p.m. Friday, October 24th.
The OHS said 31-year-old April Souza died when she crashed her 2001 Ford Explorer.
The report says Souza was headed north on Alternate 75 when, for an unknown reason, crossed the center line, over corrected back to the right, then over corrected back to the left and flipped.
Souza was ejected 21 feet from the vehicle. She expired at the scene due to massive head injuries.
Troopers said Souza wasn't wearing a seatbelt and the child wasn't property restrained.
The 7-month-old was not seriously hurt though. After being transported by Okmulgee County EMS to St. Francis Hospital, the child was treated and released.
The investigation continues into the crash.
OHP officers  involved in working the accident were Trooper Scott Hart and assisted by Troopers Mark Southall, Trooper Brad Giulioli of Okmulgee County Detachment and Trooper Michael Orr of Troop B Tulsa County Detachment.