Duane Edward Mason, 83, passed away peacefully on Saturday, January 24, 2015 at his home in Muskogee, Oklahoma. He was born April 9, 1931 in Tulsa, Oklahoma to Harry Livesay Mason and June Marvel (Thompson) Mason. He grew up on a farm and attended schools in Okmulgee, OK and graduated in 1949.

Duane married the love of his life, Nola Inez (Arnold) Mason on February 24, 1951 in Fort Smith, Arkansas and has lived in primarily in the Muskogee area. They shared 63 years of marriage together.

Duane joined the U.S. Air Force in March 1951. After training as an aircraft and jet engine mechanic, Duane was sent to Manston RAF Station in England. The couple lived in England for three years where their son Robert was born.  After his honorable discharge from USAF in 1955, they moved to Tulsa and was employed by Douglas Aircraft Company and attended the University of Tulsa. In 1959, after graduating from TU, the couple moved to Muskogee when he joined Container Corp. of America. During his career, Duane was transferred to Fort Smith, AR; Fort Worth, TX; and Moline, IL for short periods of time, but always transferred back to Muskogee after each move.  Duane retired as General Manager in 1996 from Jefferson Smurfit Corporation (formerly Container Corporation of America) after a 37 year career with the company.

Duane loved working in his garage, tinkering on cars, and construction projects around the house. He designed and was instrumental in the building of five family homes that were built in the Muskogee area. He loved snow skiing in his younger days and loved watching his kids, grandkids, and great-grandchildren play baseball and softball.

His family kindly remembers Duane’s legacy of love, faith, and happiness he shared with them. They also remember him as a man of integrity.

Duane was preceded in death by his parents, Harry and June Mason; and one sister, Marilyn Mason Chandler.

Funeral services are under the direction of Cornerstone Funeral Home, 1830 North York Street, Muskogee, OK.  Condolences may be made to the family online at www.cornerstoneofmuskogee.com.

The family has been cared for by Granger-House of Winn Funeral Home.

Memories, condolences, photos and videos may be shared with the family on Ronnie's Tribute Page of our website at www.mcclendon-winters.com

Laurel Mae Behn, 63, died January 22, 2015 in Henryetta, OK.  She was a library assistant at OSUIT. Services will be held at 3 p.m. on Wednesday, January 28, 2015 at the Biglow’s Chapel of Peace in Okmulgee. Arrangements were under the direction of the Keith D. Biglow Funeral Directors, Inc.-Okmulgee Chapel

Arrangements are pending with Granger-House of Winn Funeral Home.

Charlene Carpenter, 58, of Okmulgee, died Saturday morning, January 24, 2015 at Rebold Manor.  Arrangements have been entrusted to the McClendon-Winters Funeral Home of Beggs.

David Leon Blackwell, a resident of Okmulgee, passed away Tuesday, January 27, 2015 at the age of 51.

Memorial Services will be planned at a later date.

Arrangements are under the direction of the Jackson Funeral Home and Crematory in Okmulgee.

Friends may send their condolences to www.jacksonfhandcrematory.com

Sylvia Mae White Peters, a resident of Muskogee, formerly of Okmulgee, Oklahoma passed away Friday, January 23, 2015 in Muskogee, OK at the age of 88. She was born on November 6, 1926 in Morris, OK. Her parents were Harrison and Jessie White.

“Aunt Sylvia” is survived by her sister Vera Brown of Henryetta, niece Terral Shahan Graybill & husband B. Todd Graybill of Muskogee, niece Diane Warkentine of Tip City, OH, niece Paula Henry of Beaver, OK, nephew Ira Brown Jr. of Gilbert, AZ, niece Rhonda Wolverton of Lawton, nephew Kim Shahan of Lawton, niece Glenna Jean Inman of Skiatook, nephew Harold Henley of Seminole, and many great nieces and nephews, other relatives and friends. She dearly loved all her nieces and nephews as her own.

Funeral Services were held at 2pm, Monday, January 26, 2015 at Integrity Chapel (410 E. Trudgeon St.) in Henryetta with Rev. Greg Boyd, Associate Minister of St. Paul UMC of Muskogee officiating. Interment will follow at Okmulgee Cemetery. Services are under the direction of Integrity Funeral Service in Henryetta.

The Family would like to say a special thank you to caregivers at East Gate Village Health Care Center and Hometown Hospice of Muskogee for their compassionate care.

An Online Guestbook is available at http://www.integrityfuneralservice.com.

Geraldine Murdock, 68, died Sunday, January 18, 2015 in Tulsa. Funeral service will be held at 10 a.m. Saaturday, January 31st at the First Baptist Church, 5th and Seminole. Visitation will be Friday from 10 a.m. to 6 p.m. at the Biglow Funeral Home. Arrangements are under the direction of the Keith D. Biglow Funeral Directors, Okmulgee Chapel. 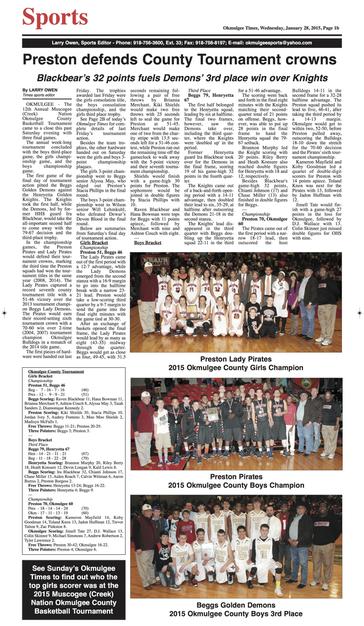 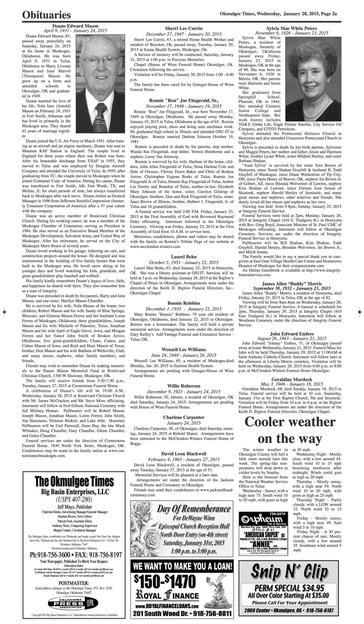 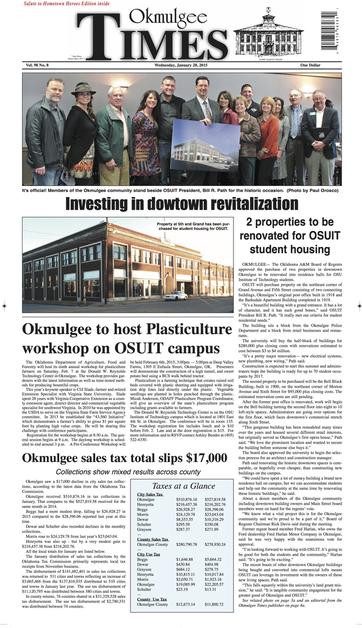 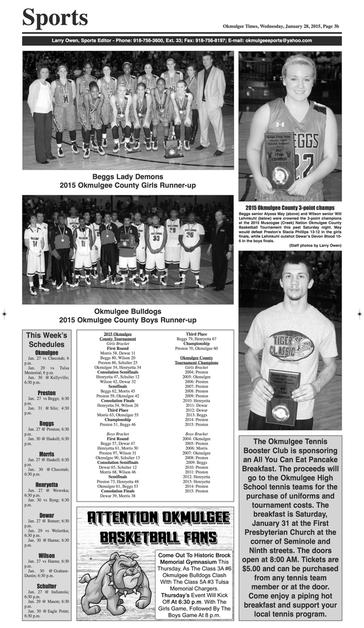 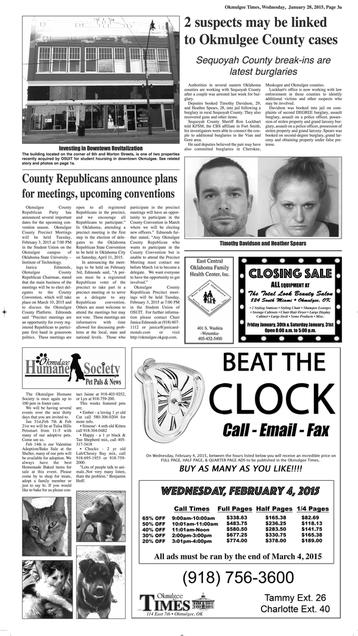 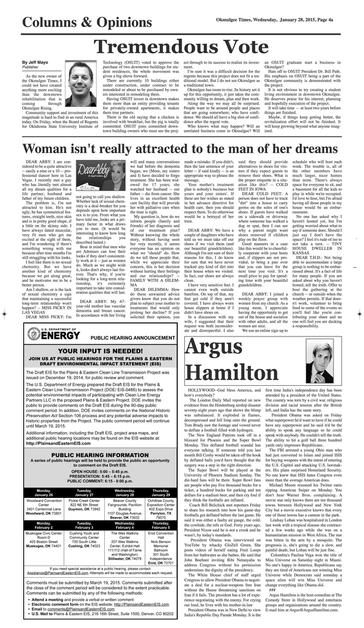 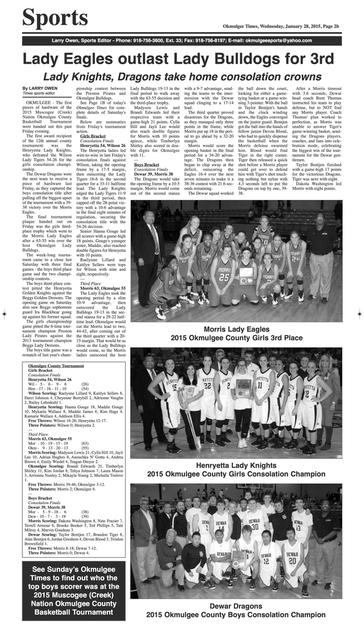