Betty Ruth Skelton
Betty Ruth Skelton, Okmulgee resident and member of the Pentecostal Faith, was born on April 13, 1928 in Nuyaka, Oklahoma to Clarence Preston and Della Mae (Jones) Smith. She passed away in Okmulgee on Thursday  morning, March 26, 2015.
Betty was preceded in death by her husband, Dennis Skelton, two sons, one daughter, her parents, Clarence and Della Jones, as well as her brothers Leo Smith and Alva Smith and sisters Desie Wilson and Hazel Smith.
She is survived by her son, Clarence Skelton, of Okmulgee, and daughter Janice Copenhaver and husband Rusty of Big Cabin, as well as her grandchildren Granvile Copenhaver of Bartlesville, Dennis Copenhaver of Chelsea, and Laura Copenhaver of Big Cabin. She is also survived by her great-grandchildren Alex Ash of Okmulgee, Andrew Copenhaver of Big Cabin, and Jessica Copenhaver of Chelsea, and her sisters-in-law Mildred Smith of Okmulgee, and Essie Smith of Okmulgee, along with several nieces and nephews.
Graveside funeral services for Betty will be held at 2:00 P.M. on Tuesday, March 31, 2015 at Okmulgee Cemetery, Okmulgee Oklahoma. Arrangements have been entrusted to McClendon-Winters Funeral Home of Okmulgee, Oklahoma.
Memories, condolences, photos and videos may be shared with the family on Betty’s Tribute Page of our website at www.mcclendon-winters.com


Carol Ann Freeman McAfee
Carol Ann Freeman McAfee was born January 18, 1943 in Wichita, Kansas during a snow storm to Vernon Lloyd Freeman and Neva Ruth Johnson Freeman. She had three siblings that didn't survive past infancy. She lived in Clearwater, Kansas and attended school there until high school, and then she and her parents moved to Tulare, California. She went to high school there for two years and that is where she met Tommy McAfee. Then she and her parents moved back to Kansas where she finished her schooling.
Two weeks after her graduation, she married Tommy McAfee in Tulare, CA on June 10, 1961. From this union she was blessed with three children: Lori Dawn Edmundson, Tommy Earnest McAfee Jr., and Karla LeAnne Wilson. In 1969 she and Tommy purchased their home place in Nuyaka, Oklahoma where they lived and raised their family.
She was an active member of the Dripping Springs Home Extension Group, and the Nuyaka Baptist Church where she attended many Falls Creek trips and loved them. She attended OSU Tech in Okmulgee and received her cake decorating degree and started decorating cakes all over Okmulgee County. She also went to real estate school where she received her license and went to work for Ennis Real Estate. She wanted everyone to know that she LOVED this community and all the friends she has made here.
Survivors include husband Tommy McAfee of the home, a daughter Lori Edmundson and fiancé Mike Sellers, one son Tommy McAfee Jr., another daughter Karla Wilson and husband Darrell. She has seven grandchildren: Amanda Wilson Farrow, Dalton Wilson, Breezy Wilson, Audrey Wilson, Jim Edmundson Jr. and wife Tanna, Chance Edmundson, Preston Edmundson and wife Ginnafer, six great-grandchildren and a host of extended family and friends which she loved very much.
Funeral services for Carol will be held on Tuesday, March 31, 2015 at 10:00 A.M. at Nuyaka Baptist Church with Reverend Jarrod Kendall and Reverend Chad Eads officiating. Interment will follow at Okfuskee Cemetery.  Friends may visit the funeral home on Monday, March 30 from 12:00 P.M. until 8:00 P.M., with the family receiving visitors from 6:00 P.M. until 8:00 P.M.  Arrangements are entrusted to McClendon-Winters Funeral Home, Okmulgee.
Memories, condolences, photos and videos may be shared with the family on Carol’s Tribute Page of our website at www.mcclendon-winters.com 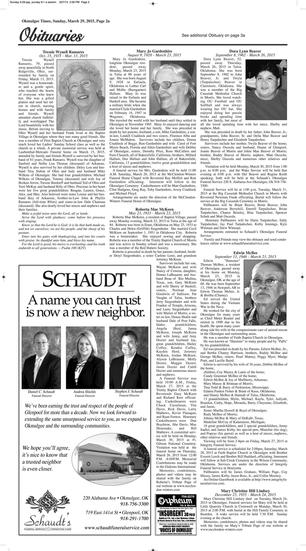 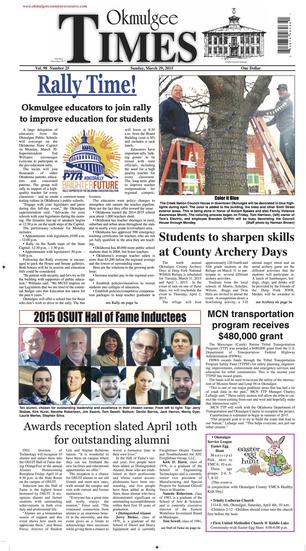 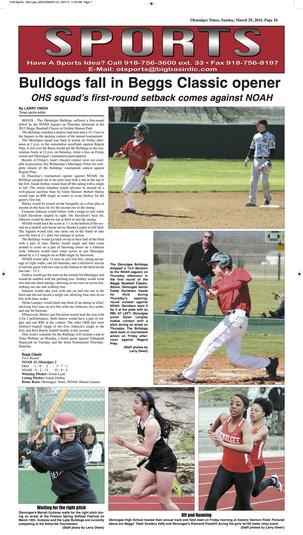 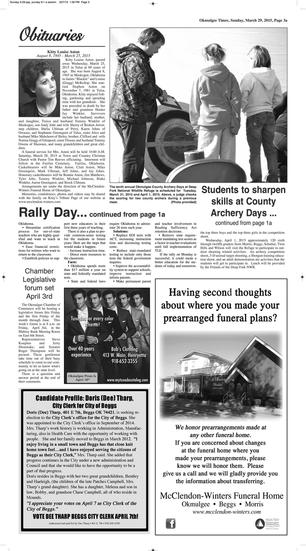 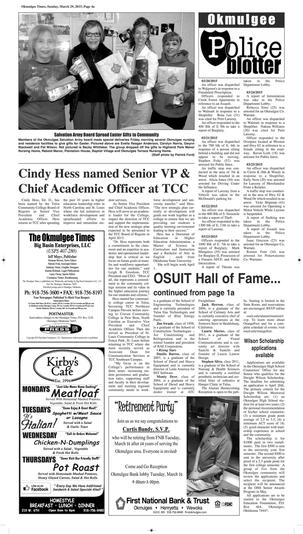