In 1939 she married John Carroll Bercaw when he graduated from the University of Oklahoma and they moved to Pittsburg, Pa where Carroll took a job with Equitable Meter Co.  Two years later there was an opening for an Engineer at Pittsburg Plate Glass Co. in Henryetta.  Carroll was offered the position of Chief Industrial Engineer which he accepted.  He and Margaret Ann moved back to Okmulgee and bought a home and Carroll began a 35 year career at PPG.  They adopted a baby girl in 1947 named Bonnie and a son in 1954 named David.  Margaret Ann was a 68 year member of the P.E.O. Sisterhood and held every office, some of them twice, except Vice President.

Her husband Carroll Bercaw preceded her in death in 1991.  Survivors include:  her sister Patricia Sue Wilson of Georgetown, Tx., a daughter Bonnie of Cisco, Tx and her son David of West Fork, AK.

Margaret Ann is also survived by 5 grand children:  Jill Keith, Julie and Joel Teague of Ft. Worth, Tx. and Katie Bercaw Taylor of Miliani, Hawaii and Matthew Bercaw of  Fayetteville, AK.  Two great grandchildren: Chelsie Field of Burleson and Savanna Tipton of Ft. Worth and a great great grandson Hunter Hamm of Burleson.

There will be a memorial service at the First Christian Church on May 16th at 1 pm.    Margaret Ann’s ashes will be buried next to her husband in a private service at Okmulgee Cemetery later that same day.

Funeral services are currently pending for Anna Hughes, a resident of Henryetta, who died in Henryetta on Friday, April 17th, 2015 at the age of 64.  Service information and survivors will be released as soon as the information is finalized.

Services are under the direction of Integrity Funeral Service of Henryetta.

Services for Mr. Timothy Austin, Sr. were held on Friday April 17, 2015 at 2PM at First Baptist Church in Beggs, Oklahoma.

He is a member of Clearview Baptist Church in Okmulgee and directed a nursing home Ministry at Rebold Manor for eight and ½ years.

He was retired from the Soil Conservation Department and later Warehouse Market.

Don was preceded in death by his parents, a brother, Jimmy Lady and a great granddaughter, Addison Kaye Hamilton.

A Service to Celebrate his life will be held 10:30 A.M. Monday April 20th, 2015 at the First Baptist Church in Morris, OK with Reverend Randy Mathews officiating.  A committal service will follow in the Morris Cemetery Chapel.  Arrangements have been entrusted to the McClendon-Winters Funeral Home of Morris.

Memories, condolences, photos and videos may be shared with the family on Don’s Tribute Page of our website at www.mcclendon-winters.com

Gene Edward Crawford was born on September 8, 1935 in Nuyaka, Oklahoma to Andy and Dorothy Crawford. He passed away on April 14, 2015 in Tulsa, Oklahoma. Funeral services for Gene will be held at 2:00 P.M. Saturday, April 18, at McClendon-Winters Funeral Home Chapel, Okmulgee.

Arrangements are under the direction of the McClendon-Winters Funeral Home of Okmulgee. 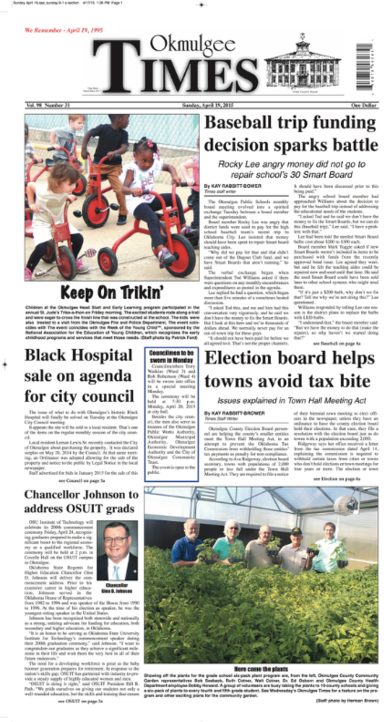 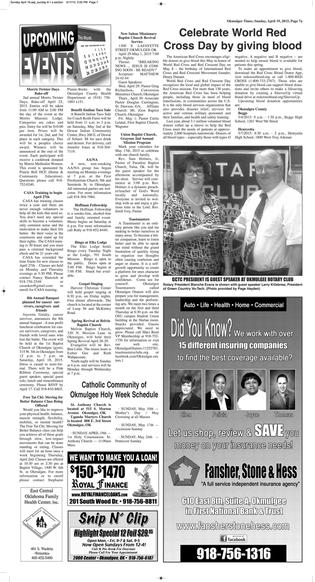 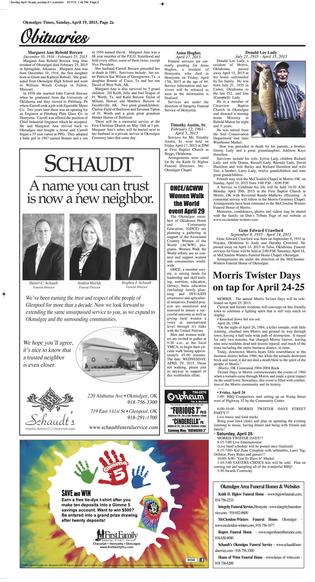 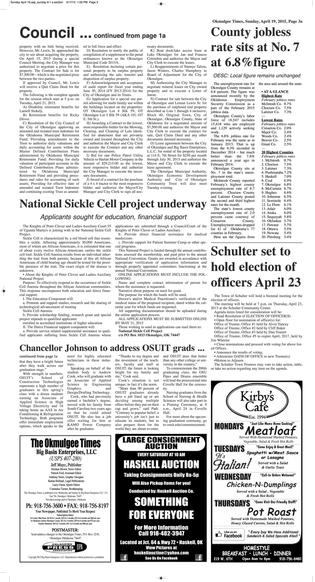 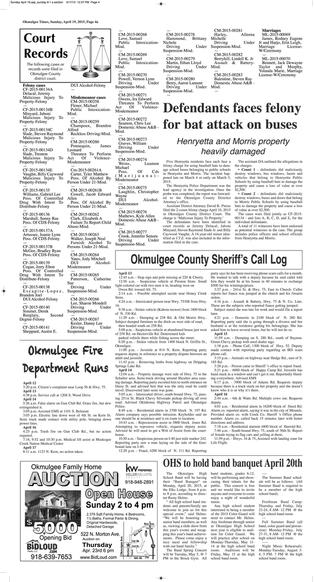 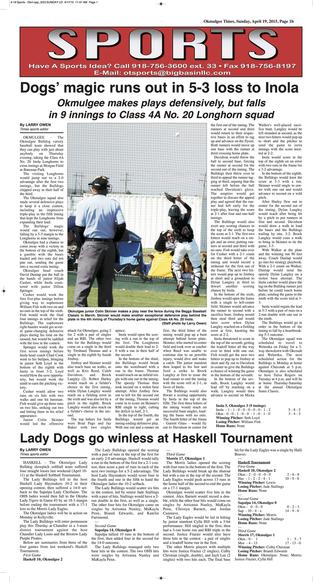 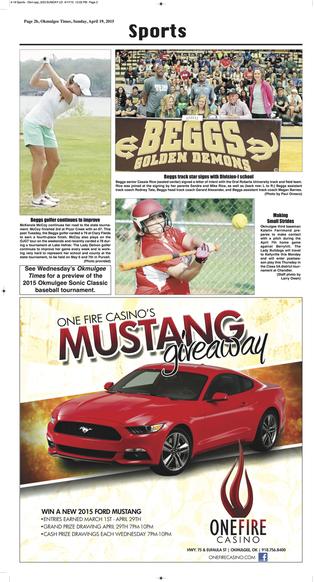